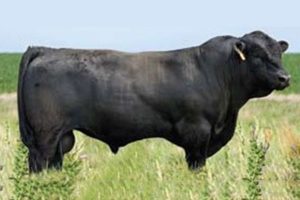 There are many types of cattle in the country and world today. One of the oldest types of German cattle breeds is called Gelbvieh—which is pronounced “Gelp-fee”—and it has been around for more than 150 years now. The Germans started breeding Gelbvieh around 1850, and through intensive breeding trials, they were initially able to turn Gelbvieh cattle into a popular type of draft and slaughter cattle by 1870. The Germans were known for being very strict with the breeding process, and by the early 1900s, they were only using the best possible bulls to breed Gelbvieh cattle.

The Evolution of Gelbvieh Cattle

For the first 100 years or so, Gelbvieh were pretty much exclusive to Germany. But by the late 1960s, Leness Hall, who was the director for International Marketing for Carnation Genetics, worked diligently to get Gelbvieh introduced to the U.S. Gelbvieh semen eventually made its way to America in the early 1970s, and in 1971, the American Gelbvieh Association was created. It took some time for Gelbvieh cattle to catch on in the U.S., but they steadily rose in popularity, as evidenced by the stats today:

Things to Know About Gelbvieh Cattle

Why Gelbvieh Cattle Are Preferred By Ranchers

Further, Gelbvieh cattle are preferred by many ranchers because they have many maternal strengths, including the aforementioned quiet temperament and fertility. They also exhibit feed efficiency and other characteristics that make them profitable in the beef industry. The expectation is that they will continue to grow in popularity as more and more ranchers discover all of the benefits that come along with them.